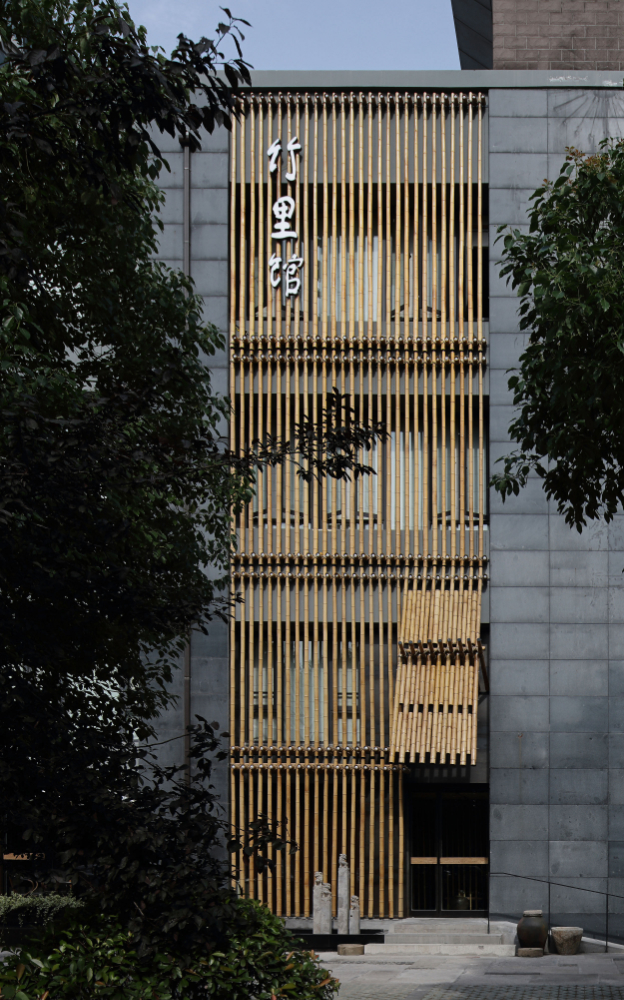 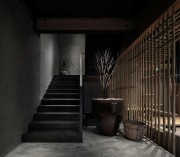 Bamboo’s Eatery, having three decks totally, faces the local street and it was constructed mainly by plain bamboos.Establishment is proximately civil engineering in folk, which is not subject to serious architecture yet. The emerged experience generating from the built space just placed such dissipation into the re-arranged spatial order.

In the main entrance，linear extension spreads alongside the facade, broken into lateral distributary and leads the way to the Tea Break Area. Tea seats were set alongside the bamboo fence to develop a continuous two-party space relation, thus composing the core function zone of Floor One - Garden Fence.

Tea Break on Floor Two approaches windows strategically. Side to the South was segmented into Tea Seats and Elevator Lobby by applying interweaving bamboo arrays horizontally and perpendicularly.

All rooms of Floor Three were free-running Teahouse. There stands a ‘thatched cottage’ architecture and its eaves hang down and bamboo windows are raised up from the inside