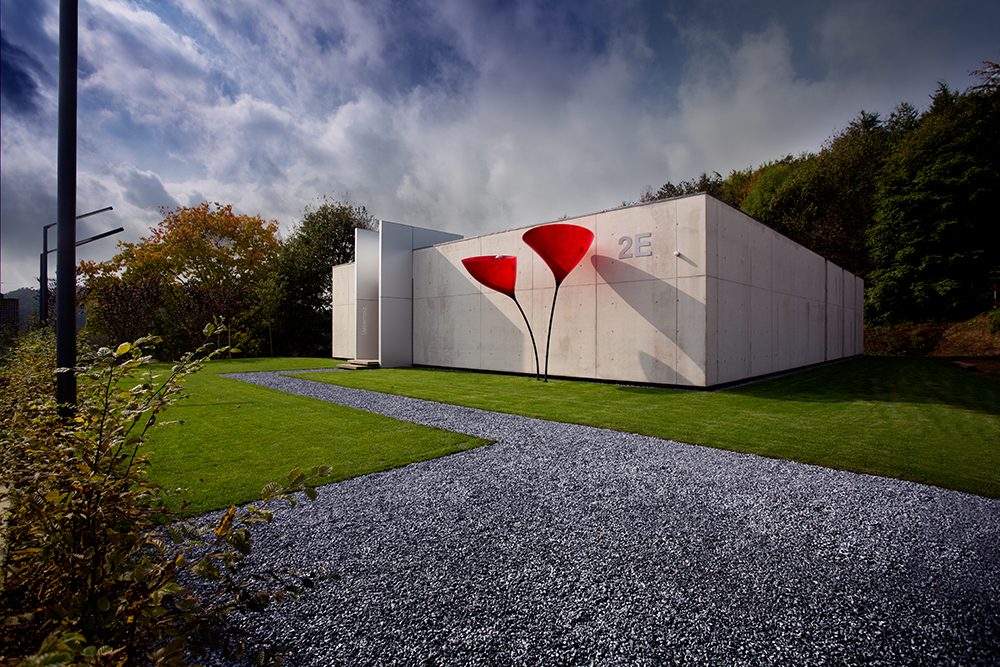 The consistent implementation of a philosophy: – The result – an experience

On a 2800 square metre plot in Wuppertal, Nico Ueberholz has created a 780 square metre office building, which is a paradigm for the consistent continuation of the company’s philosophy. Just 5 months were needed to construct this new site of inspiration and communications, with 1600 tonnes of concrete, 22 tonnes of steel and a whole heap of creative energy.

The fronts initially show a closed concrete block. At first glance, there are no doors or windows to be found and you can only guess the actual entrance through the signage. But when you enter through the 3.70 metre high and 380 kg solid oak door, you find yourself directly in a light-flooded office, which offers 10 employees generously designed workspaces.