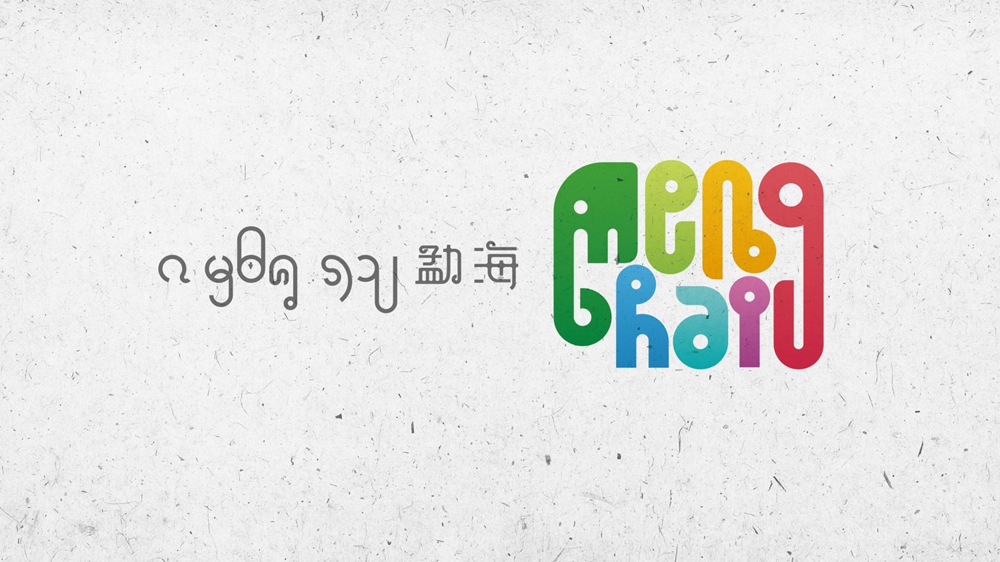 Considering the regional customs and distinct culture background of Menghai, and based on ‘menghai’, we combined such elements as Dai writing (the traditional character of Dai nationality), elephant (the common creature in Menghai) and Circular-sheet tea (called ‘qī zǐ bǐng chá’ in pinyin, a famous traditional tea in China and the unique one, of which the shape, weight and packing specification are regulated under national laws) in the logo design. By incorporating the unique font form of Dai writing, the logo we designed well reflects the peculiar life, institutions and customs, as well as the philosophical thought of Menghai. The well-arranged, -proportioned and –spaced font style appears like such regional features as high mountains and cloudy fog.
The overall appearance of the logo coincides with the shape of elephant. Since in traditional Chinese culture, elephant sounds similar to ‘祥’ (xiáng in pinyin) which implies luck and prosperity.