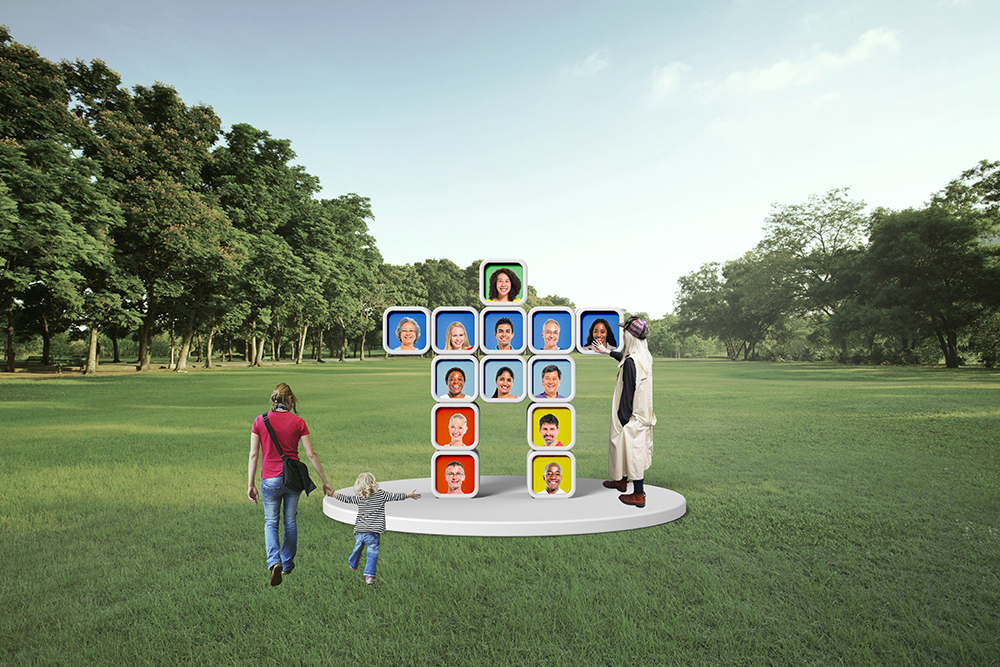 The Digital Inunnguaq project is to redress the misappropriated use of Inuit's Inuksuk and raise public awareness about the differences between Inuksuk and Inunnguaq. Inunnguaq is an anthropomorphic replica of Inuksuk by non-Inuit people in Canada. The use of Inuksuk as the symbol of the Vancouver Winter Olympics was highly controversial due to its oversimplified and misappropriated nature. Thus, the Digital Inunnguaq project was an opportunity to pay tribute to Inuit's tradition while attempting to reconnect its tradition with the post-colonial population in Canada.

Digital Inunnguaq (a.k.a. AI, which means hello in Inuktitut) is interactive and monumental architecture. Eleven app-shaped display devices were used to represent a form of Inunnguaq and deliver virtual images through the touchscreens on each side.