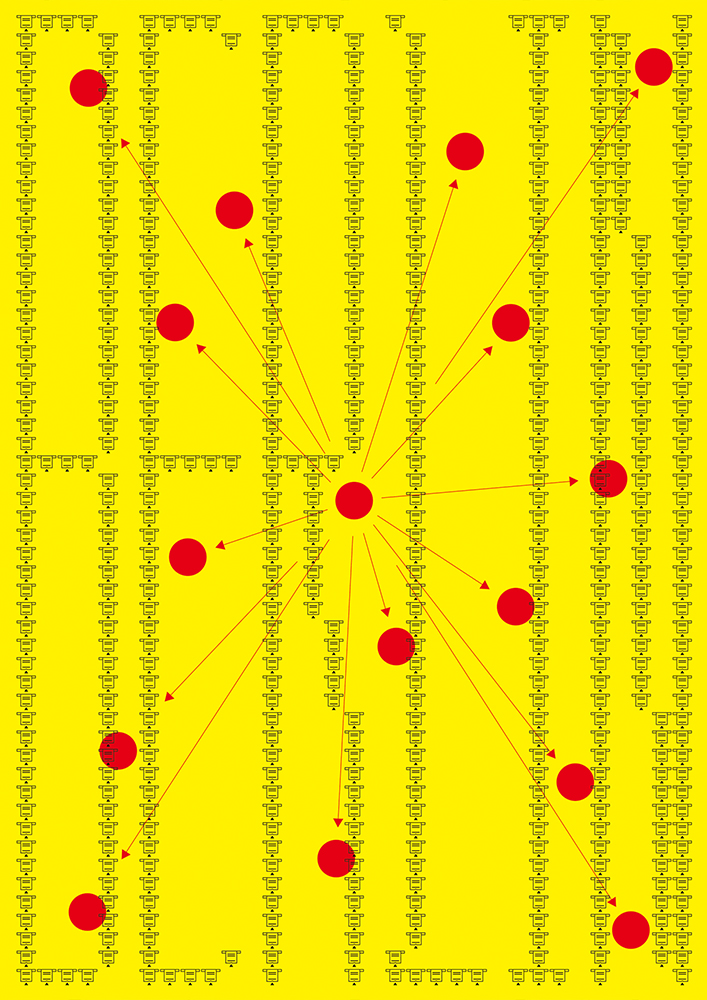 This poster was designed when we were invited to participate in the exhibition “Show Us Your Type: Berlin,” hosted in Berlin in 2016.

In this poster, we used the name of the city Berlin as the main typography. We used two elements as the main graphic motifs, first of which was the bus ticket box icons that can be seen anywhere in the city. The icons were arranged to form the letters “BERLIN.” The bus ticket box icons used as a motif in our poster is also a graphic necessary for life in Berlin. The second motif is the red circles. The one in the center of the poster indicate Berlin as the German capital, with the other fifteen connected to it with an arrow symbolizing the Germany’s fifteen states. This expresses that Berlin is the center of Germany.