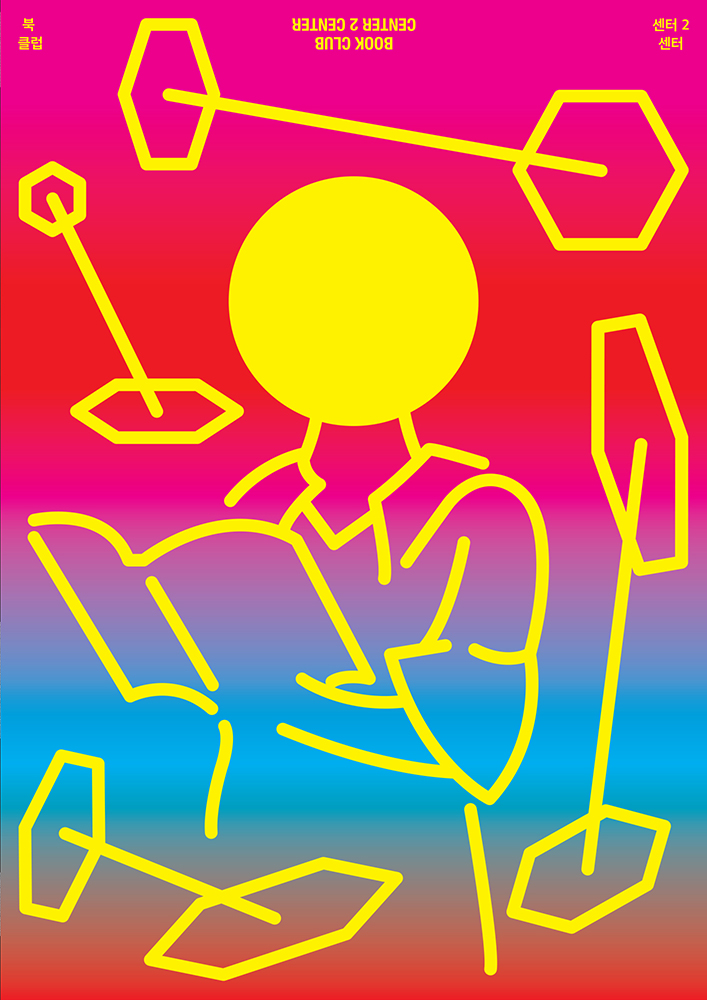 The posters are designed for ‘Book Club 01: CENTER 2 CENTER’, an independent publishing project specializing in culture and arts.

‘CETNER 2 CENTER’ refers to 'center to center,' an architectural term referring to the connection from the center of one material to that of another. The main visual motif is based on the definition of the phrase, meaning the project and company links the center of texts, books, readers, and other elements to bring them together.

The posters utilized two methods of 1) putting up on the wall and 2) wearing. In order to enable the two modes of display, the posters were textile-printed on fabric and on paper. As a result, the artwork, while acting as a traditional poster that goes up on the wall, is also one that utilizes a new method of allowing people to wear it.