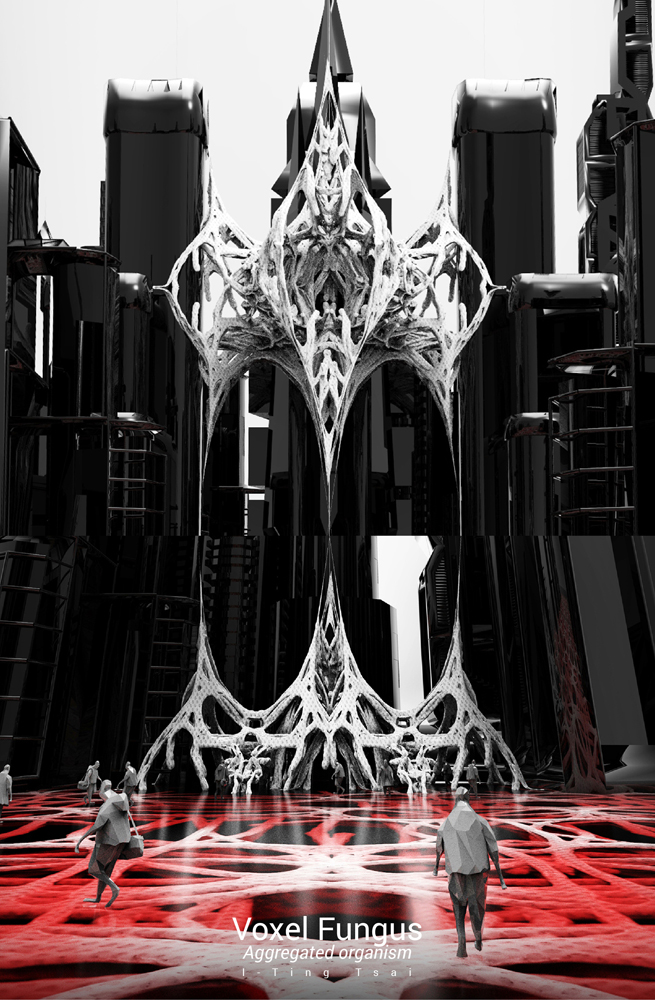 The objective of this project is to build organic volumes in between the urban spaces and create a different atmosphere in the built environment. The artificial constructions in metropolitans used to block out natural organisms which should exist within the surroundings. Therefore, the idea of bringing the random and organic natural resources back to the built environment is demonstrated in this project. A new type of bio-architecture is thus introduced. First, fungus spores are inseminated underground. They are then gathered together and grow into mycelia to form organic patterns. More fungus structures can then aggregate, connecting with each other to produce spatial morphogenesis. The organic structures will be reshaped and reformed afterwards when they are hung on the tops of highrise buildings and settled in public spaces in between the infrastructures. This kind of transformable and organic structures can be plugged-in between buildings in the urban area for multi-functional utilization.