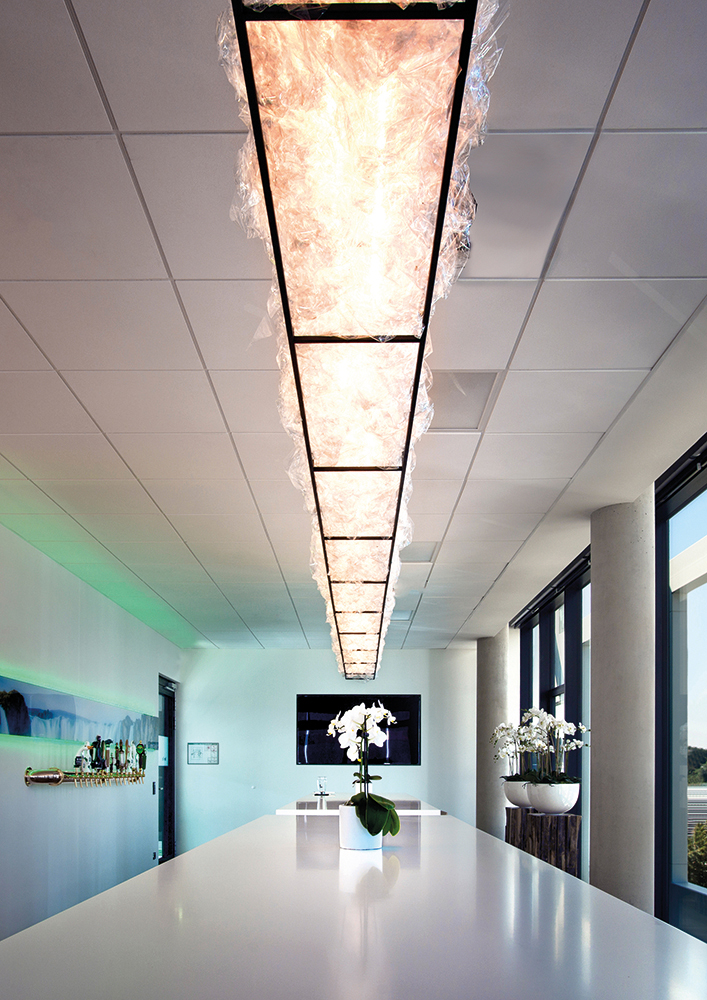 A light and space experience
The “Table” design light is a modular frame structure light that can be made to any length you like. The frame structure consists of a 10 x 10 mm square tube, either in aluminium, stainless steel or steel. In steel it can be custom coated in any RAL color. The light is installed modularly in pre-assembled units on site. Lengths from 120 cm to 600 cm are standard.
Four RGB controllable LED lines tailored to the length are inserted in the middle of the structure’s body in an up and down layout. The light color of each line can be individually controlled and continuously dimmed and switched.
The casing for the structure’s body is customized. A whole range of different materials can be selected here depending on the use and desired lighting effect. Table adapts to the interior design and becomes a variable design element in the space.