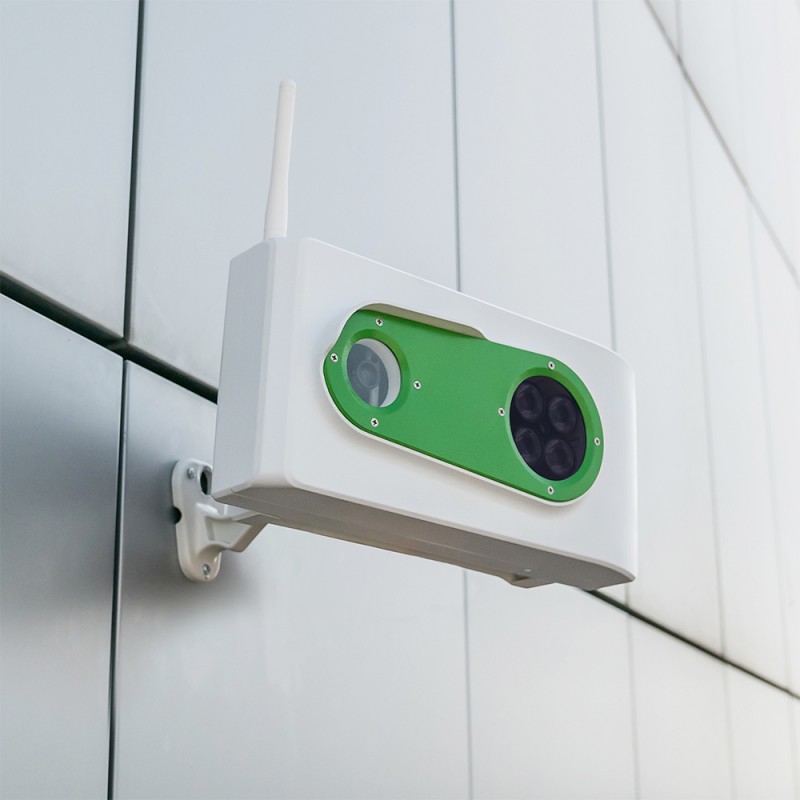 Sense is the sensor designed with a friendly and linear shape in order to be easily integrated into the urban architecture. Thanks to its extended artificial intelligence algorithms, it can promptly detect a wide set of dangerous events such as fire & smoke, left objects, also detecting the face and indentificating the vehicle's plate. Beside by monitoring crowded areas it can assure the highest level of protection against suspicious and dangerous events in public places.

Sense is installed upon streetlights and in highly trafficated locations, such as shopping centers, habours, airports and train stations. The rear connector installation makes it possible to easily align the optic to the ground. Maintenance of optical parts, infrared emitter and the replacement of the SIM can be done without removing the sensor from its position.