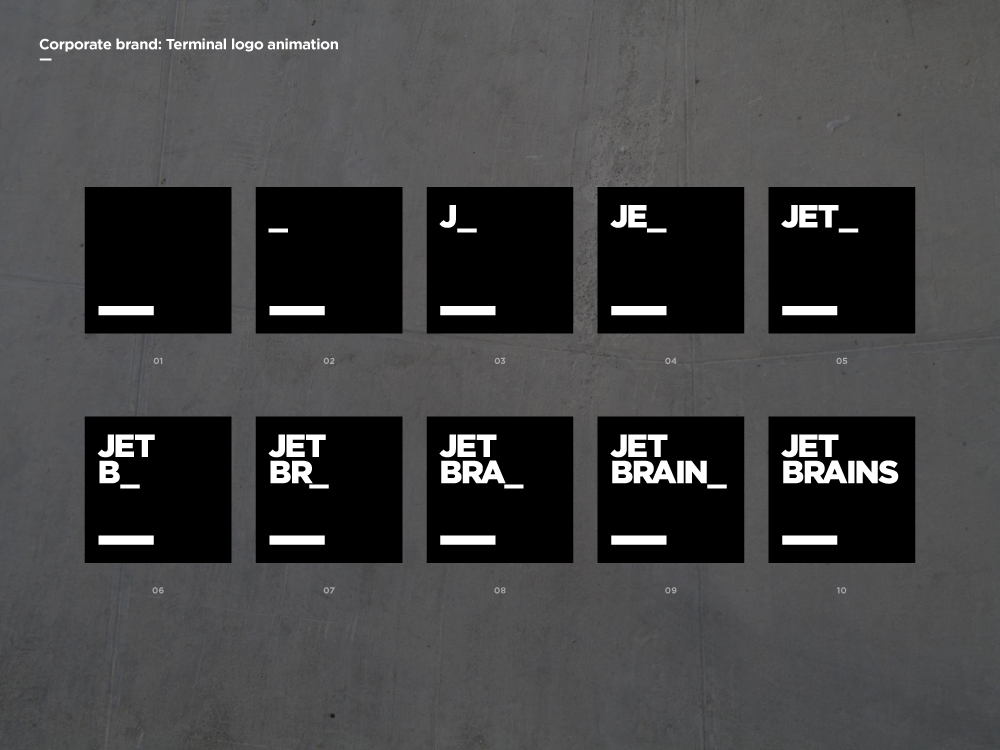 JetBrains makes the software used for making
software. Their tools help developers be more creative
and efficient. JetBrains product brands, such as IntelliJ
IDEA, had massive loyal communities of users but the
company brand was almost invisible. This was limiting
their ability to upsell and access higher level decision
makers.

Because JetBrains’ people are also developers, we
thought about what developers share; imagining a
quasi-organic motivation: ‘the drive to develop’. This
plays on multiple meanings of the word develop - very
specifically writing code and building software, more
generally growing in complexity and power.

We used a minimal ‘terminal prompt’ window – a
square black ‘screen’ with a white horizontal cursor –
as a holding form for the logotype, or for the initials of
individual products. The dynamic multi-coloured paths
are like firing synapses in the brain. These paths are
also modified generically to deliver a visual product
architecture.