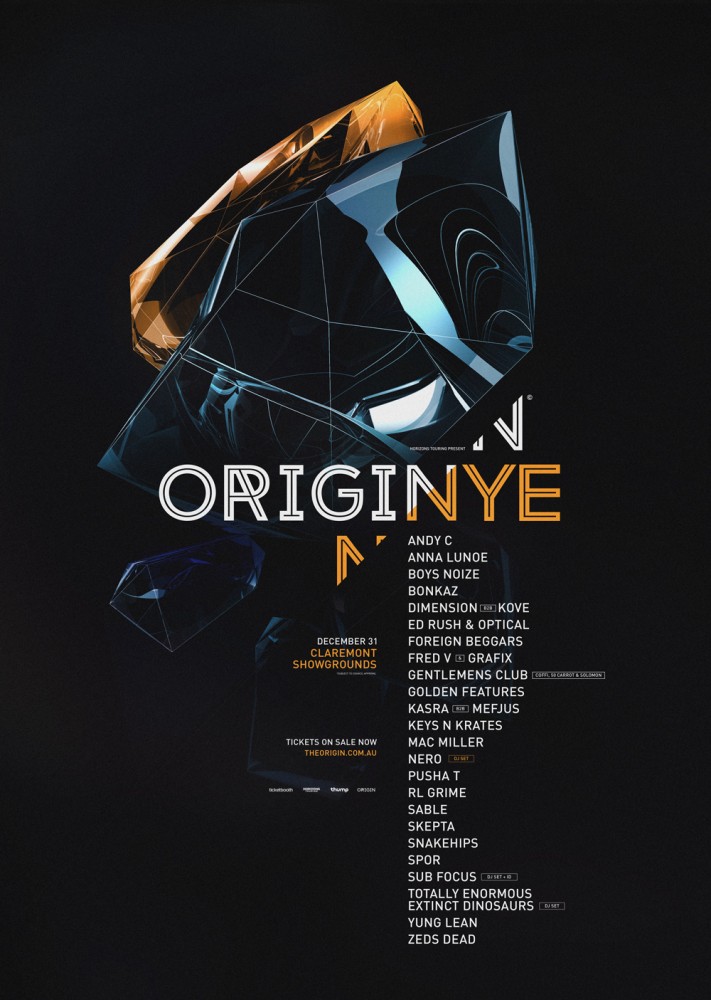 Creative direction for Origin NYE festival 2015 in Perth Australia. Origin is the largest NYE festival in the southern hemisphere, this is the second year I have handled the design and direction of the festival after rebranding it in 2014. The festival sold out at a capacity of 20,000 tickets and the poster design was also released in video format with letters breaking apart and reforming to announce the lineup.

Scott Mellor is the founder of Thinktank Design, a niche design company with studios in Perth and Los Angeles, producing award-winning work for a broad portfolio of clients ranging from out-there clothing companies to international record labels.

After dabbling in poster art and a brief stint as a graphic designer with a print company, Scott set up Thinktank Design in 2006 and began designing T-shirts, flyers and CD labels for bands.

His up-front style caught the eye of a number of clothing labels, which expanded his options and allowed him to move into garment print design, photographic direction for catalogue shoots, branding and websites.

He's gone on to design for scores of clothing labels worldwide, and currently has more than 350 print designs on garments in circulation. His catalogue design for Haidace Clothing recently won an Idesign International Design Award.

Since opening the LA studio in 2009, Scott divides his time bouncing between the US and his home in Perth, working on projects in both countries. He's also started exhibiting his works, with his first solo gallery show celebrating five years of Thinktank Design.