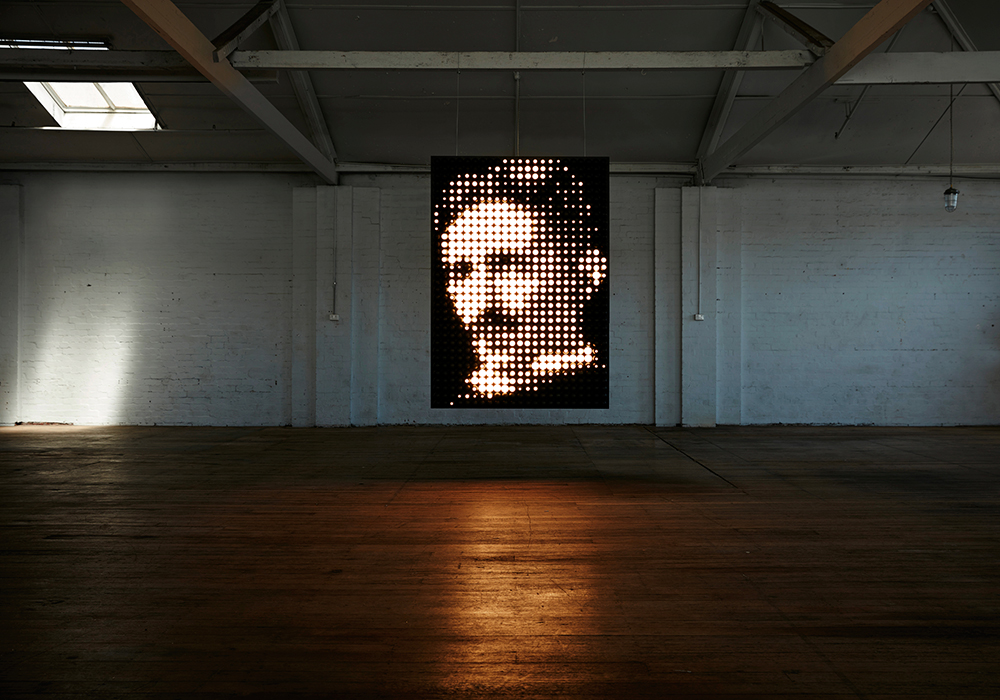 Tesla Electric Portrait is a lighting installation created as homage to electrical pioneer and visionary Nikola Tesla. It consists of 759 energy efficient LED light globes mounted to a grid. To create the image, various mask diameters were perfectly measured around the curve of each globe – allowing exact light levels to escape at different sizes. When viewed as a collective the dots recreate an iconic image of Nikola Tesla. The concept behind the use of ‘traditional’ shaped globes that are often associated with Thomas Edison is a reference to the infamous rivalry between Edison and Tesla; with Tesla being largely unrecognized for a number of his groundbreaking achievements.

Tesla is set to a timer and designed to be engaged with by the viewer when both illuminated and dormant, with the image becoming more evident at varying distances.