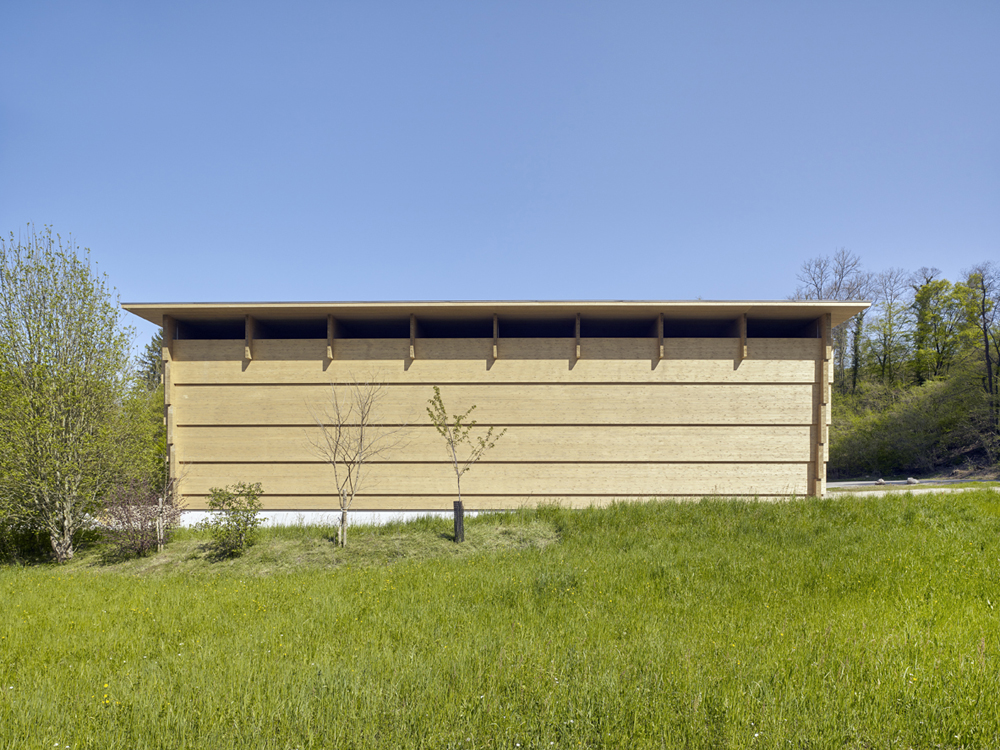 "The workshop is a statement of reduction of means, creating a sculptured body made of piled up load-bearing elements. Everything that is necessary is there, with nothing superfluous added. The only wooden structure relates to the oldest buildings in Switzerland and is AAA sustainable. The timber used regrows in Switzerland in 18 minutes".

The new building is to house vehicles and machines and to serve as a workshop for carrying out detail work. The concept for the building draws on traditional agricultural construction while at the same time, realizing a childhood dream: stacking up and layering simple wooden blocks to build an elementary structure. The workshop is made up of 36 solid elements. Each element has its own structural effect, protecting the space and forming part of the whole. The timber support structure is visible both inside and out. Restraint is the creative byword here. But the simplicity is anything but ordinary.