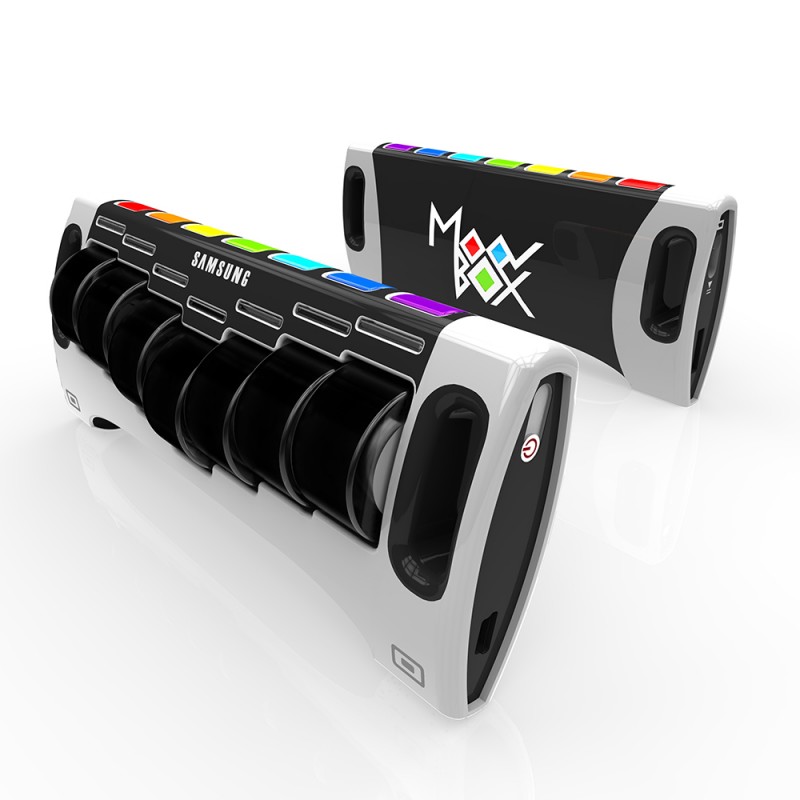 At the base of design process for MoovBox user interface there's Moog Modular use method, that consisted of two movements: press keyboard button with one hand, and use the other one to rotate the control knob to modify the note. So MooveBox is designed to make it easy, infact it is possible to modify a note just using one finger, pressing one of the seven knobs and rotating it. MoovBox's body is also made of a flexible material, so it can be physically deformed, and every deformation will coincide to a sound distortion.
Gestures for music compositions are studied to minimize daily stress. Thanks to his universal "audio-sign language, it is thought to be a device of "social meeting", that allows a comprehensive comparison between all users that want to share their own creations and their own music culture.