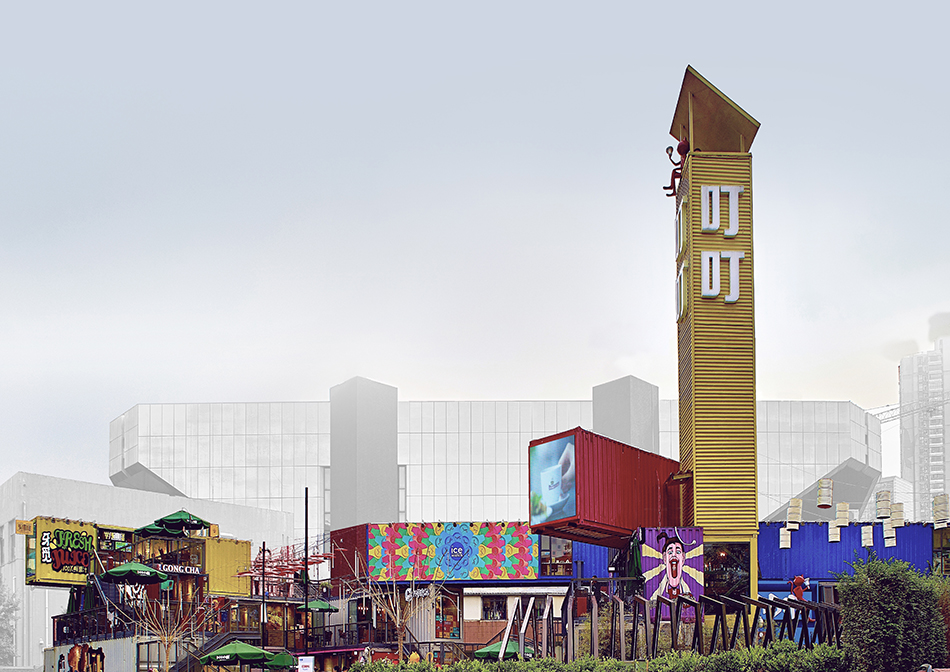 The project promotes the pop culture and art movements by providing a short-term incubator and social space for up-and-coming artists and designers. Recycled containers are repurposes as architectural canvases for graffiti, poetry, and other styles of creative expression.

27 containers form an open and participatory market designed to enhance interactions between individual artists as well as engage the public. A system of organic open spaces was meticulously crafted to produce a seemingly casual nomadic village within a three story scale.

An unconventional circulation pattern ensures that visitors are guided not only through the container rooms but also throughout different floors. This path fuses the realms of private and public and encourages intimate encounters between visitors and designers.

A human-scaled transparent section was created for visitors. The short visual distances between the container workshops purposefully establishe a cozy and familiar environment.