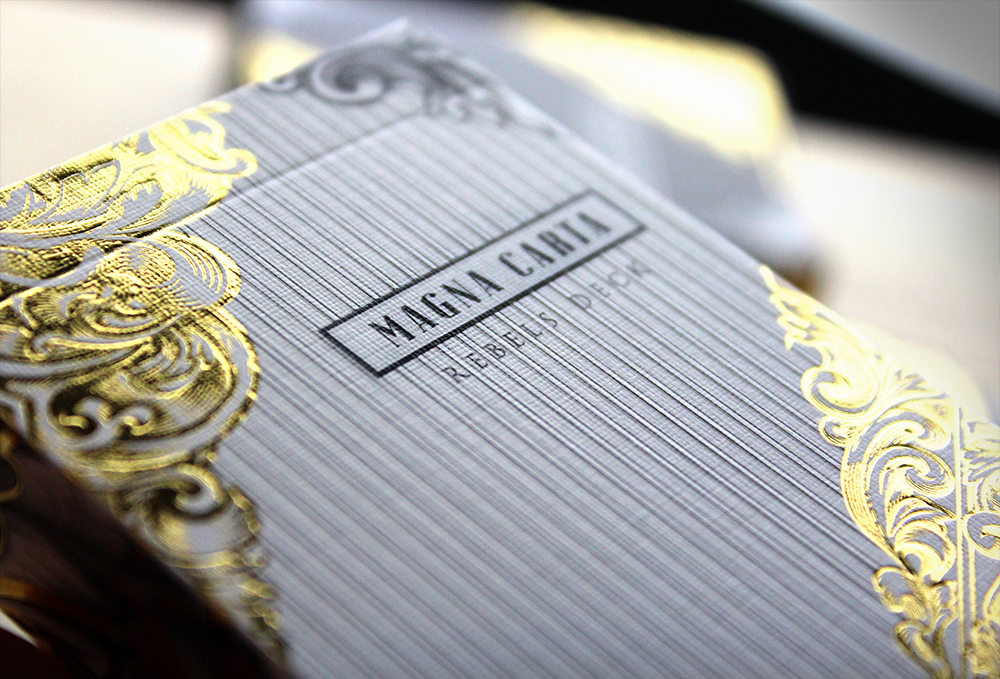 Seasons Playing Cards launched a limited edition card set to commemorate the 800th anniversary of the Magna Carta. Over the years, growing reverence to "mint" packaging condition has changed the collector's market with a redefined function of 'PLAY' to 'DISPLAY'. The goal was to cater to this transition with packaging as gratifying as the product.
The solution was a visual design system focused on crafting an interactive experience within the packaging around the story of the Magna Carta to retain "mint condition".
A black and white deck series framed the dueling nature of the Rebels vs. the Royals focused on the tension between uniting and separating these elements.
Packaging illustrations encourages pairing products with multiple options to create different displays.
A secondary mural of the Magna Carta reveals itself when fully assembled, becoming the first playing card packaging to create focus for multiple display habits of collectors.

SHUNG SHUNG is a package design firm with a focus on luxury card design based in Chicago, IL headed by Alexander Chin.