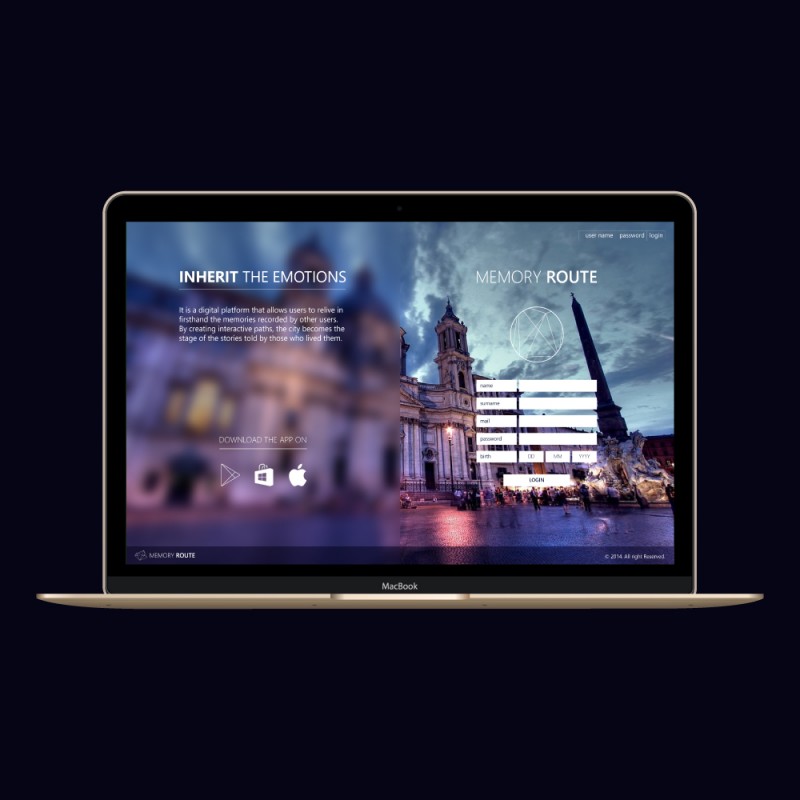 Memory route is a digital platform that allows users to relive in firsthand the memories recorded by other users. By creating interactive paths, the city becomes the stage of the stories told by those who lived them.
Memories are registered by the users on the web site, assembling multimedia files. These files, called \\\"fragments\\\", are organized and pinpointed on an interactive map of the city, which becomes the path of memory. With the mobile app, the user selects a memory and follows its progress through the city by unlocking the file where the events happened. By interfacing the Memory Hub, the urban totem and the connection between the digital service and the city, with a smartphone you can enjoy extracts of the memories placed in a larger area around it.