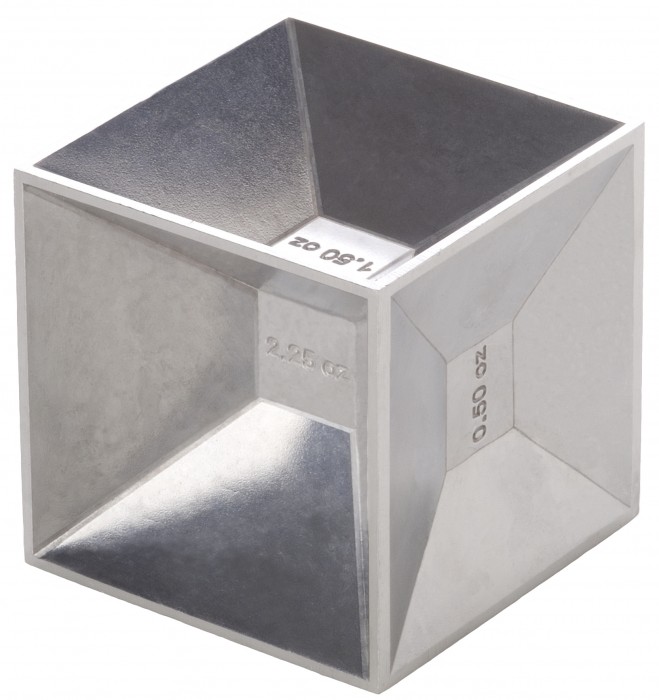 The design of the Aluminum Cube Jigger evolved from an experiment to compress the six most common liquid measures used to mix alcoholic drinks, into the smallest possible dispenser. The form was inspired by traditional box-shaped, Japanese sake cups, from which sake is sipped from the corners.

The work of industrial designer and educator Josh Owen is at once simple, practical and creative. Although typologies that Owen creates are commonly described as refined, iconic or minimalist, he defines function in humanistic terms, combining clarity of purpose and functional efficacy with emotive and tactile qualities chosen to align strategically with industry. Owen is the president of Josh Owen LLC and is an associate professor of industrial design at The Rochester Institute of Technology. His projects are produced by major manufacturers and have won many awards. Owen's work is included in the permanent design collections of the Centre Georges Pompidou in Paris, the Musee des beaux-arts de Montreal, the Denver Art Museum, the Philadelphia Museum of Art and the Chicago Athenaeum. His work has been featured in major exhibitions, numerous books on design and is regularly included in critical design discourse.