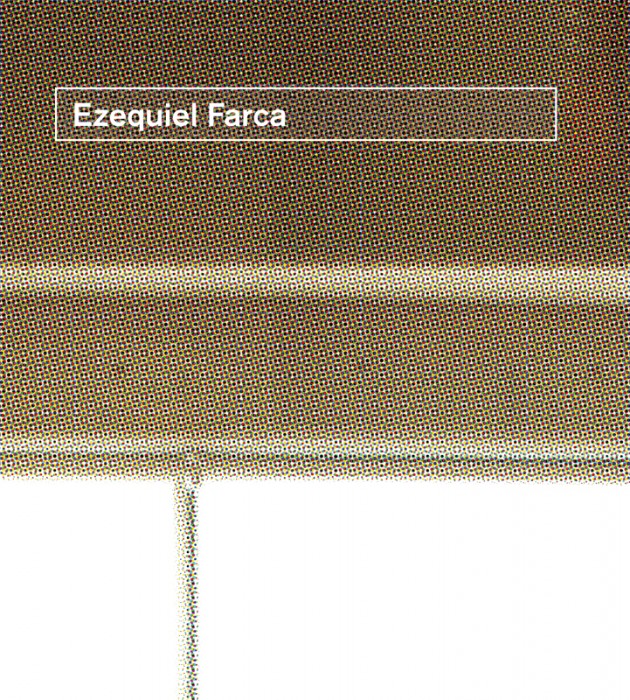 EZEQUIELFARCA book is an open window through the work of this mexican designer, it is not a chronological review but an intuitive and natural journey through his creative process and spontaneous methodology.
It is an open window through who is EZEQUEILFARCA, his way of interpreting the world and how he transforms it in environments, spaces, furniture.
This same interior process transforms into an editorial Project, which comunicates through images, going from the everything to the detail. The book reduces the texts to the essential of each project (technical sheet). Is an exciting trip through drawings, spaces and environments, including scenes of everyday life which call the attention of the sight and lens of the designer.

Who is Ezequiel Farca: Created by Ezequiel Farca, industrial designer, he still personally attends to and creates furniture for a hand-picked number of projects.

In his initial stages, Farca was the solitary creator of remarkable furniture, but now he has gone beyond the traditional limits of his profession, so often engaged in producing isolated, spectacular and unique objects. The achievements celebrated by magazines like Architectural Digest, Interior Design and Interni, as creator of unique spaces are also attributable to a team that has found the way to make Farca?s method its own and take on projects without the direct supervision of the teacher. Strengthened by this team, Ezequiel Farca, now in the second stage of his career, has ventured, on the one hand, into a wider realm of space design, an activity that goes beyond decoration and is called interior architecture, and on the other hand, he has moved to the corporate world, establishing alliances with hotel groups, large developers and architects. Farca himself summarizes all this, not without a certain sense of humor, calling himself the CCEO (Chief Creative & Executive Officer) of Ezequiel Farca.