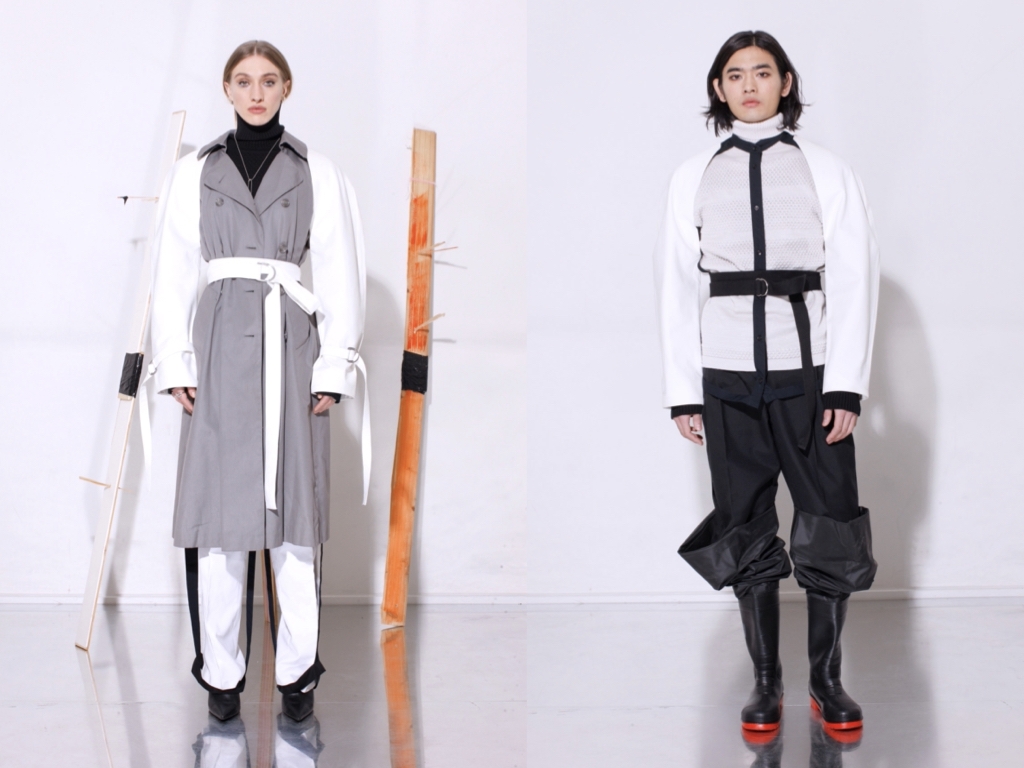 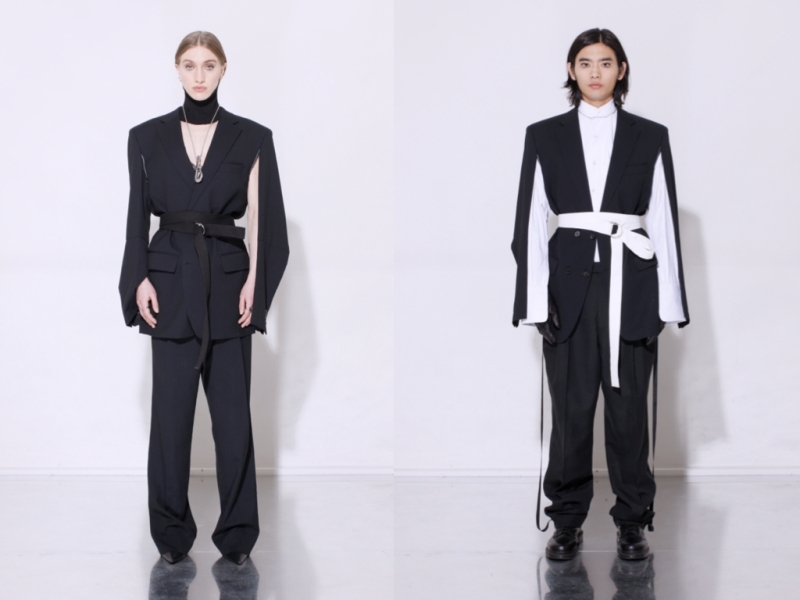 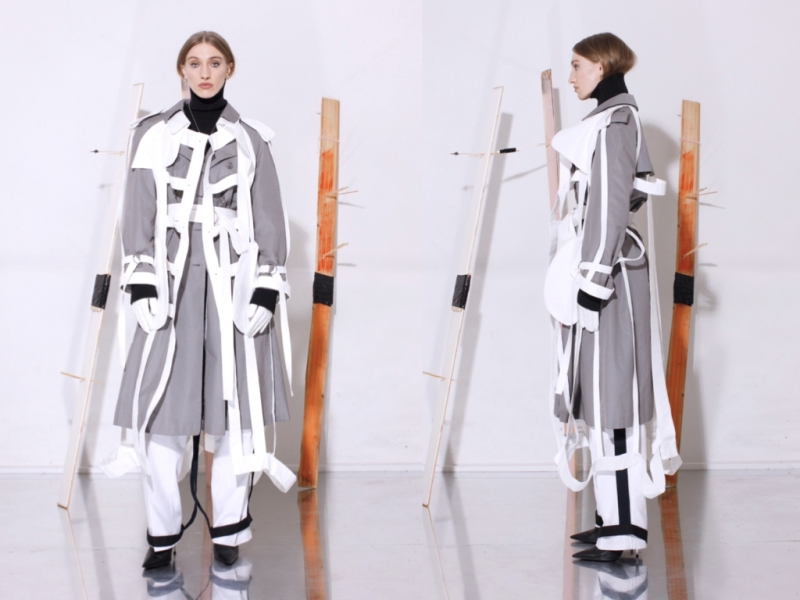 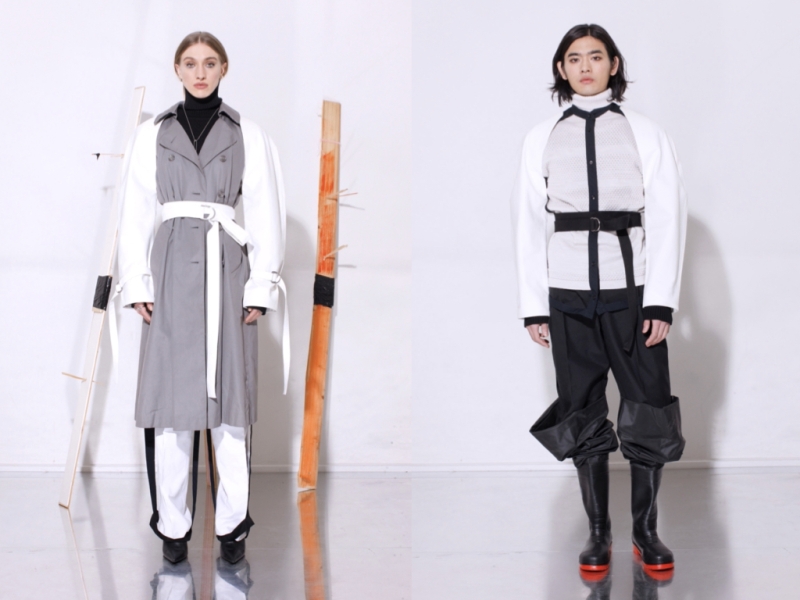 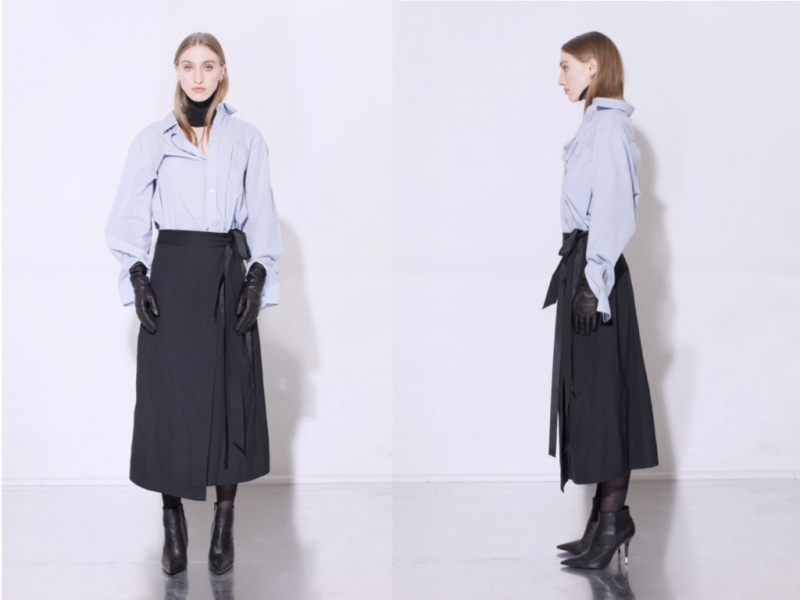 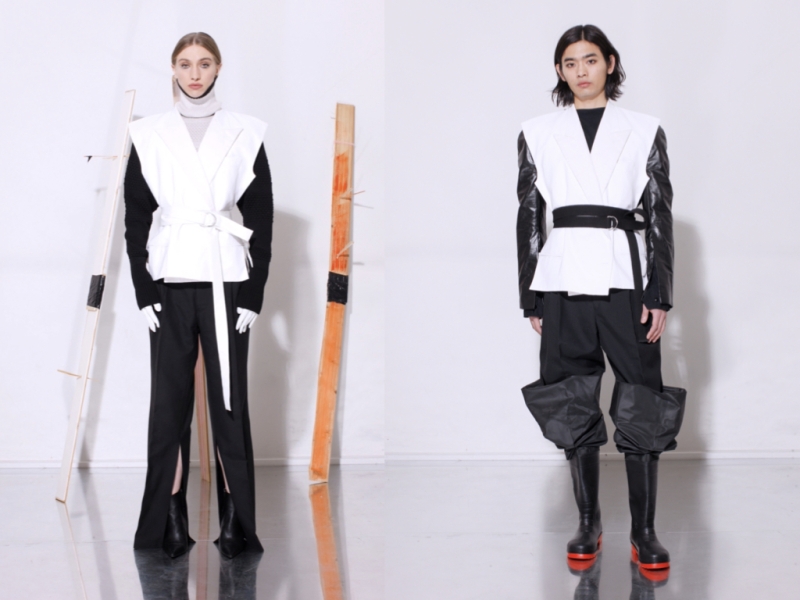 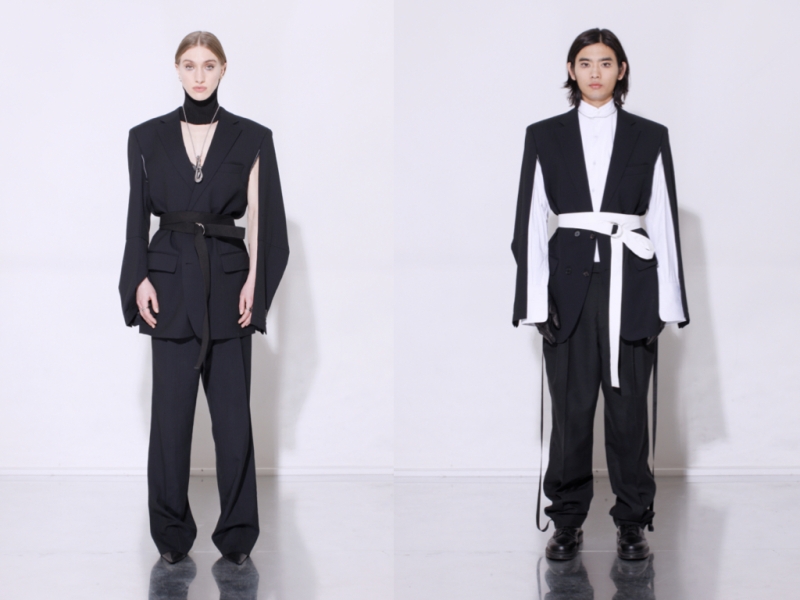 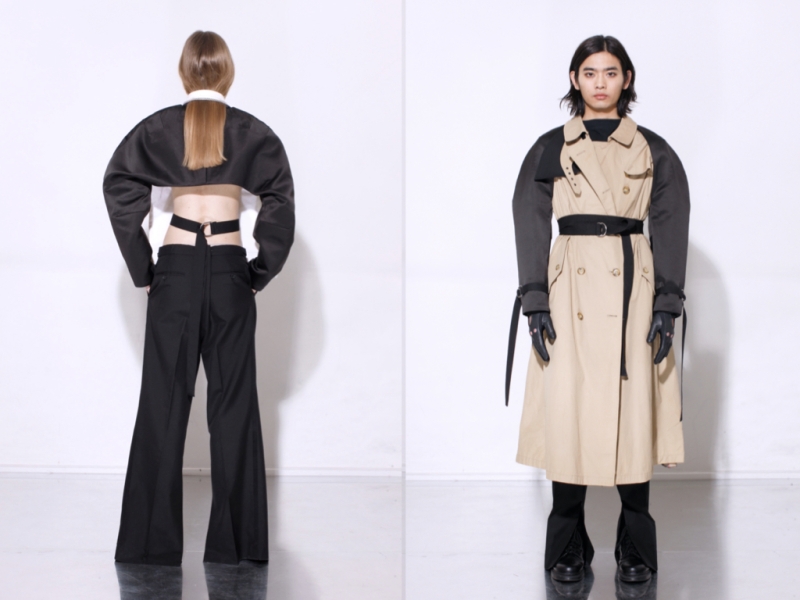 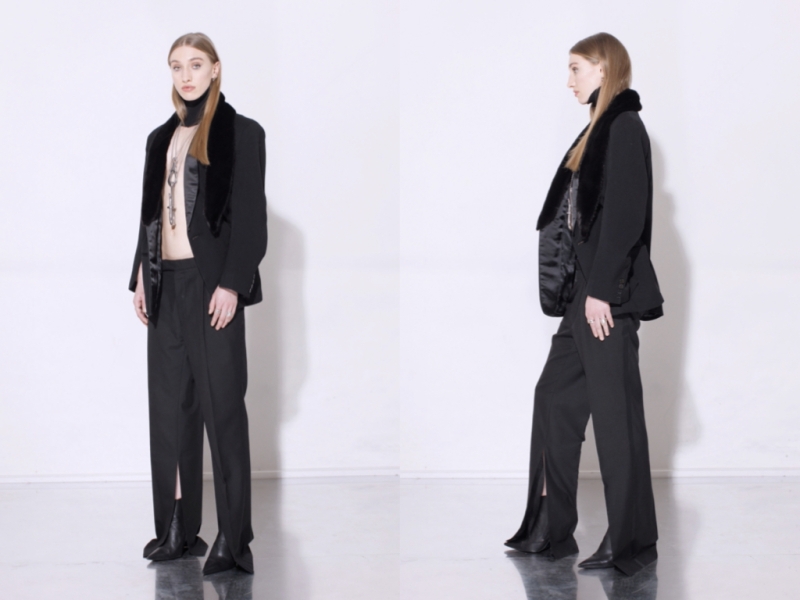 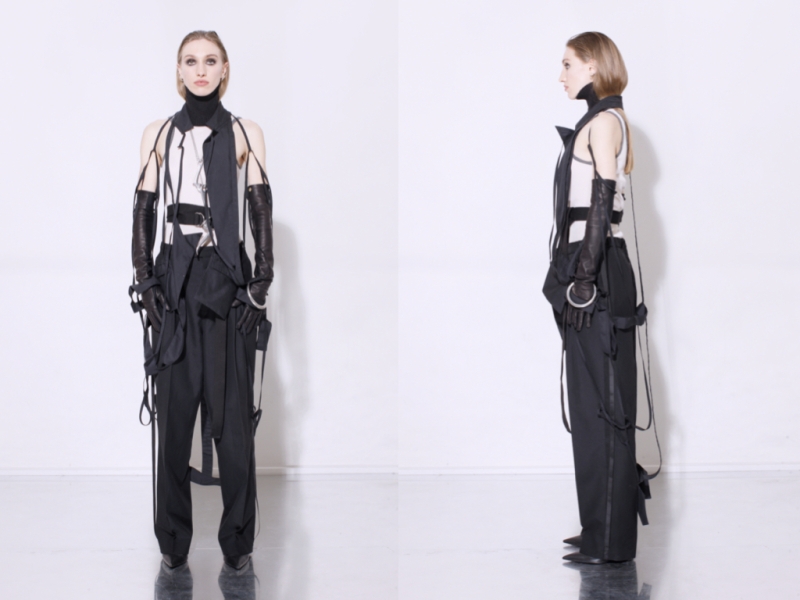 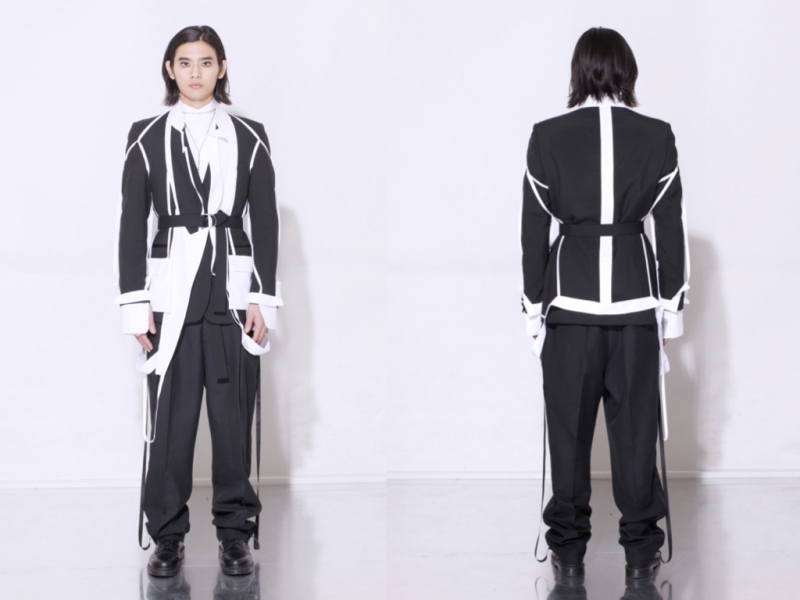 For AW/22, Jens Laugesen develops his signature hybrid design vocabulary, which originates from his fascination with the concept of utopian, unisex clothing. By re-appropriating iconic generic garments such as the oversize men's jackets and shirts by slicing and cutting seams, his garments obtain new gender utility and movement with organic folds that adapt to the body underneath. As homage to the poetic dystopian vision of Tarkovski, the INRECON/SOLARIS ethos is communicated to a wider audience with a new glitch film nominated in the official selection of the LA JOLLA film festival.