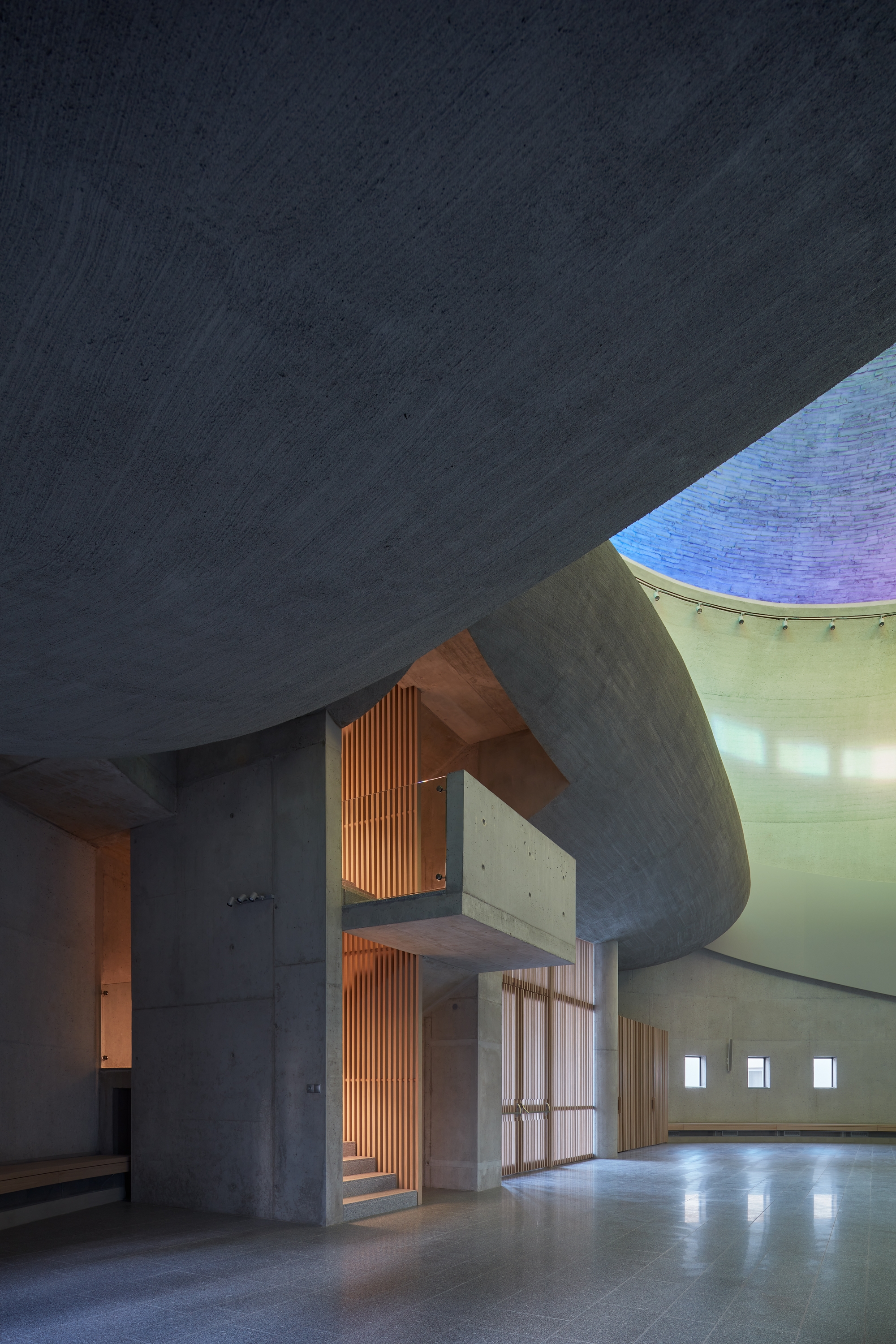 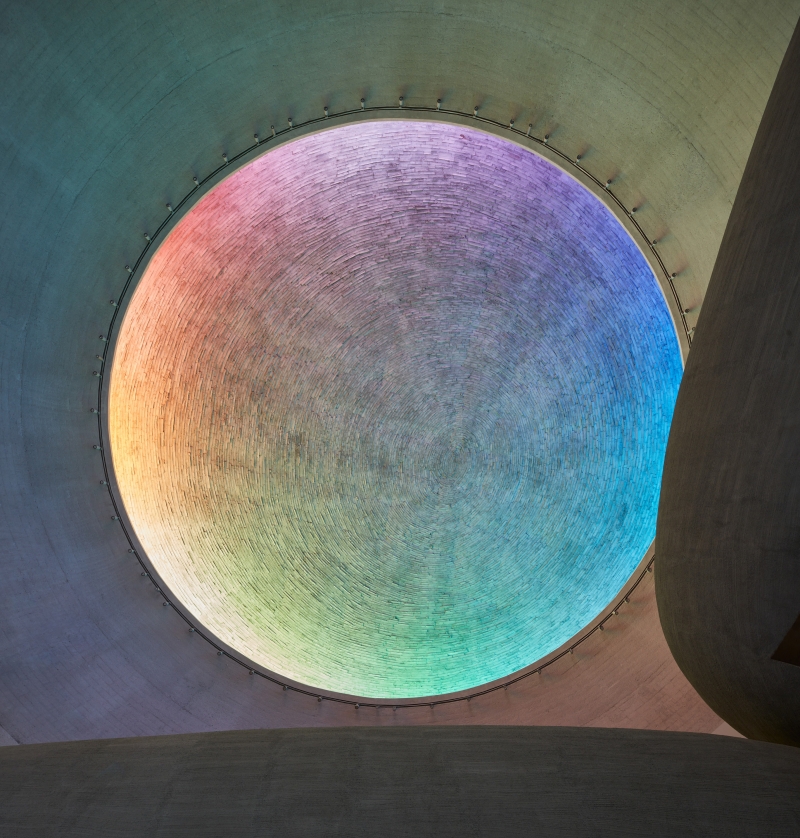 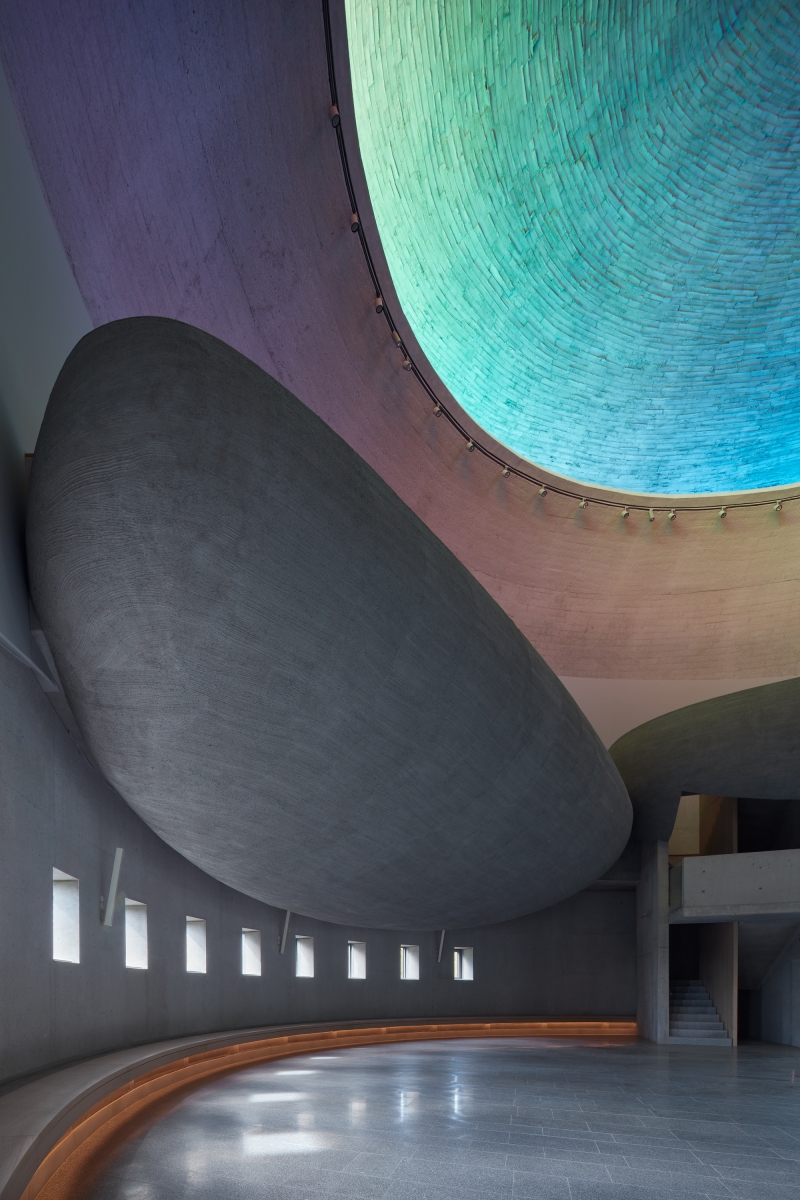 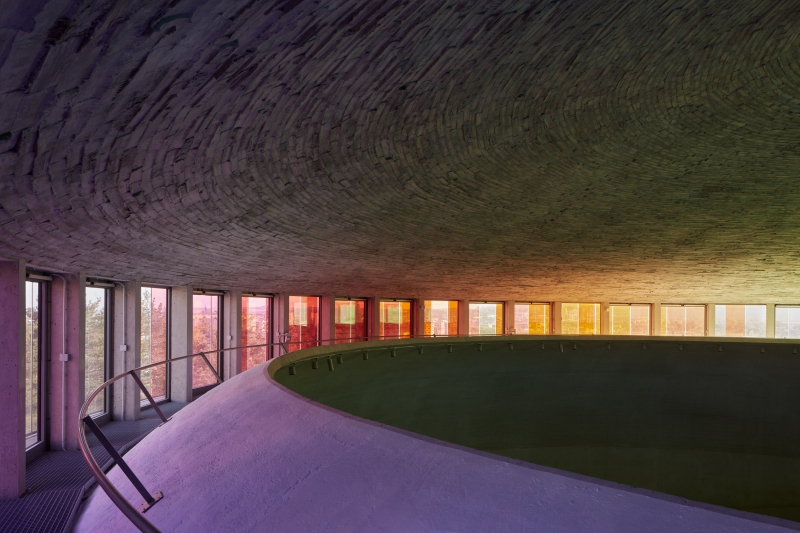 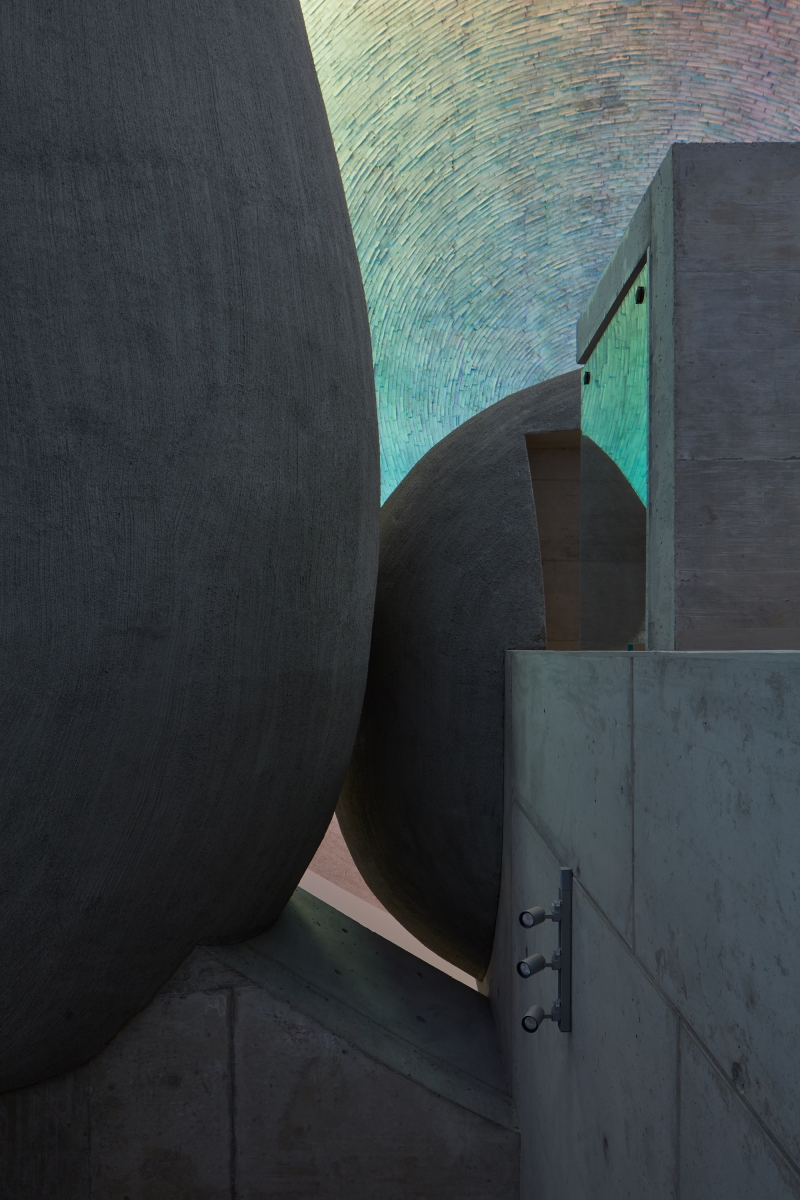 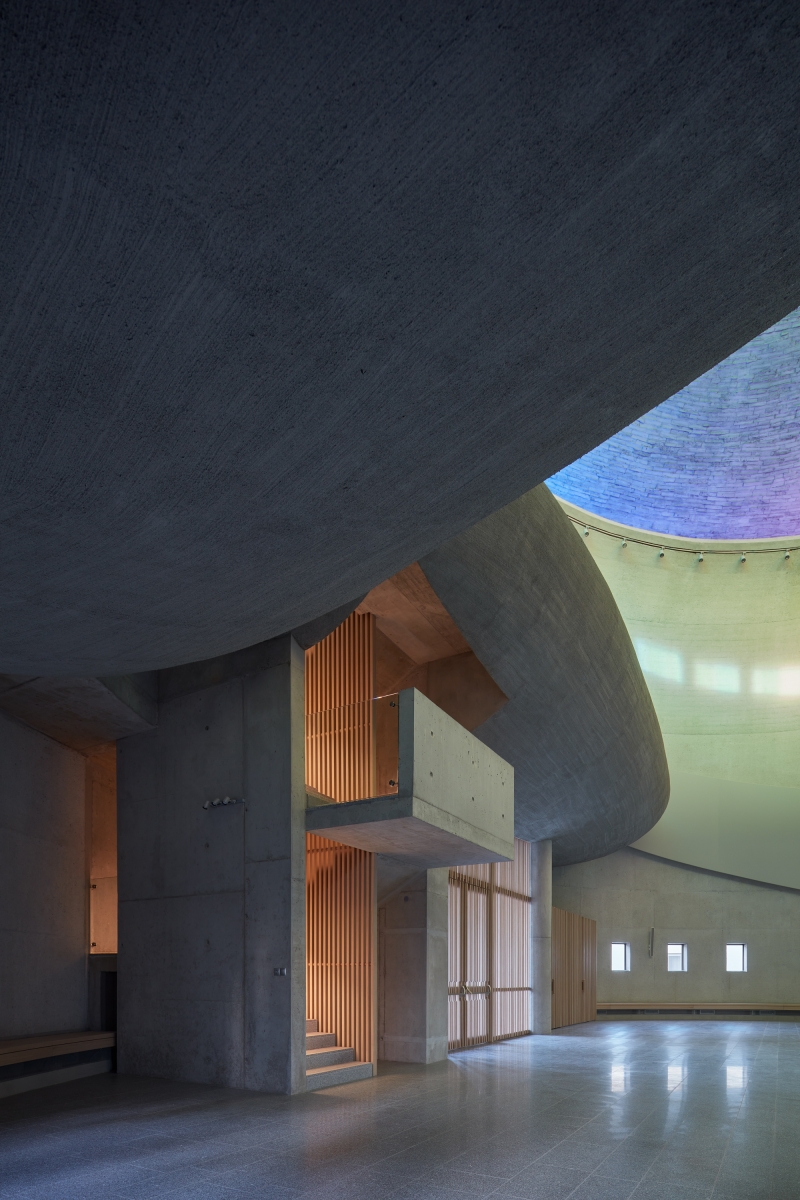 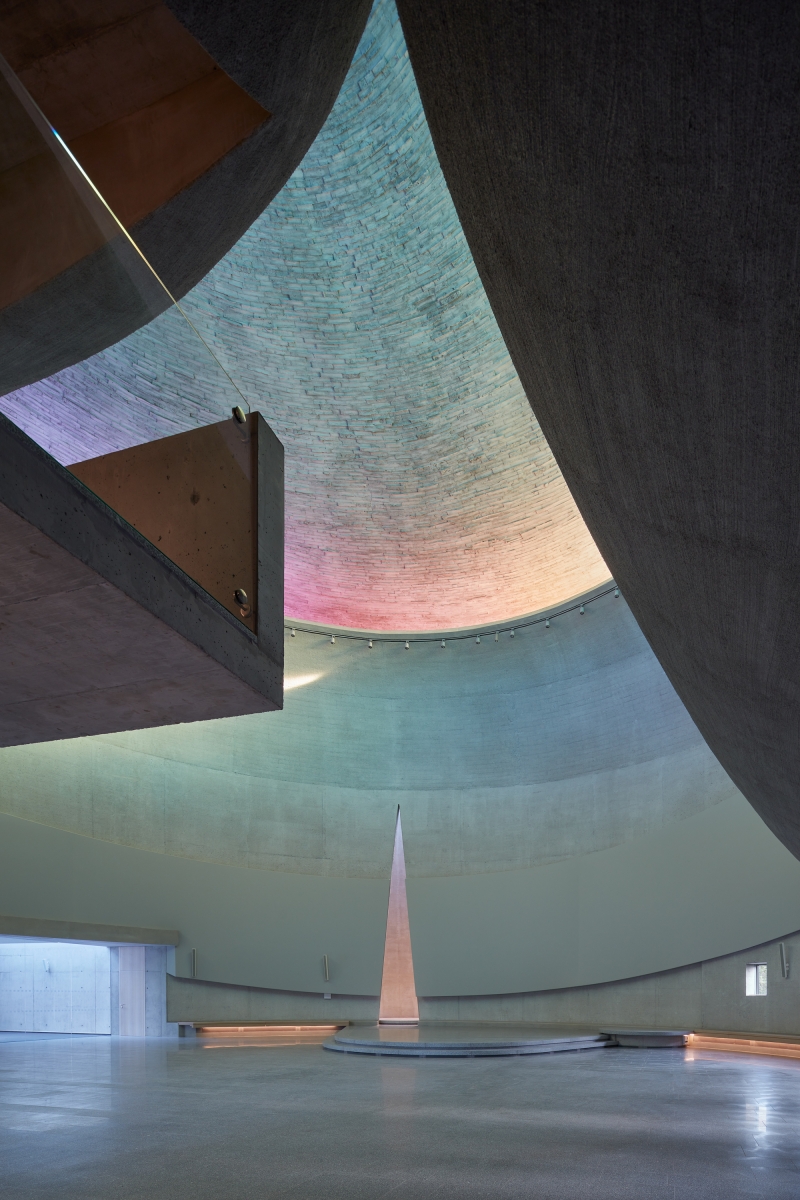 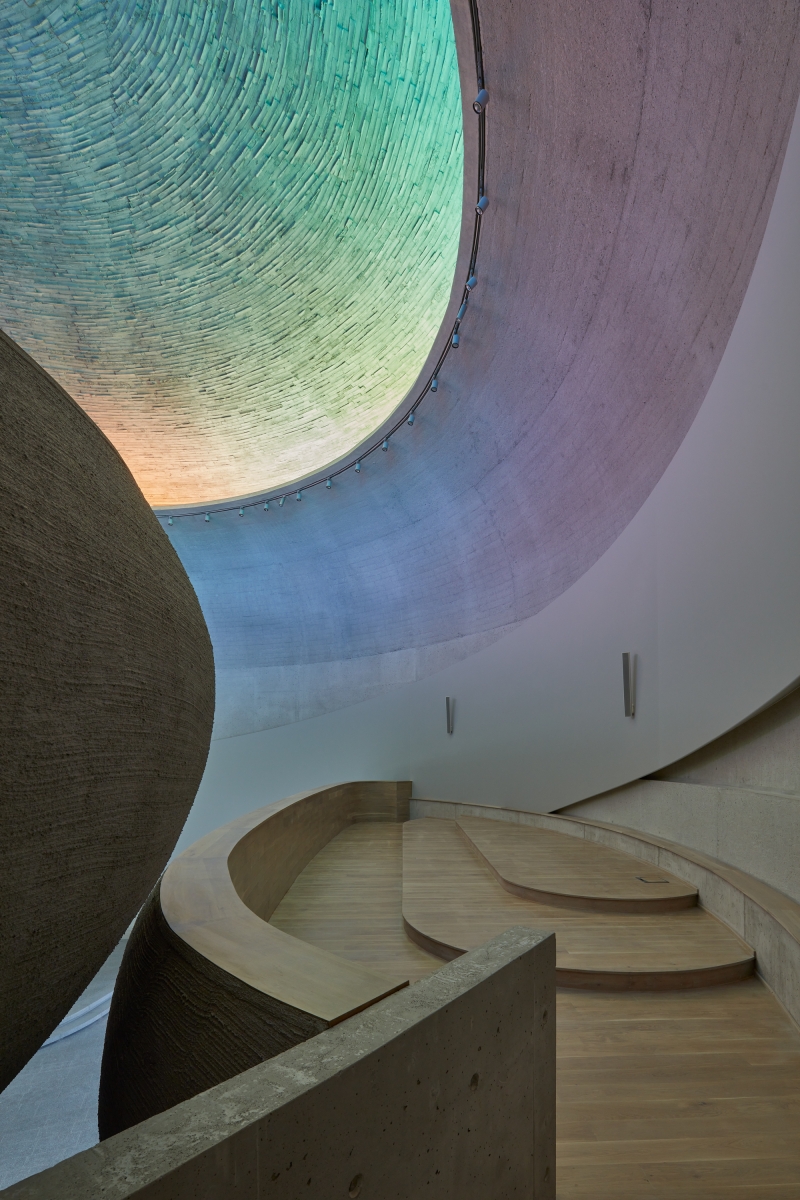 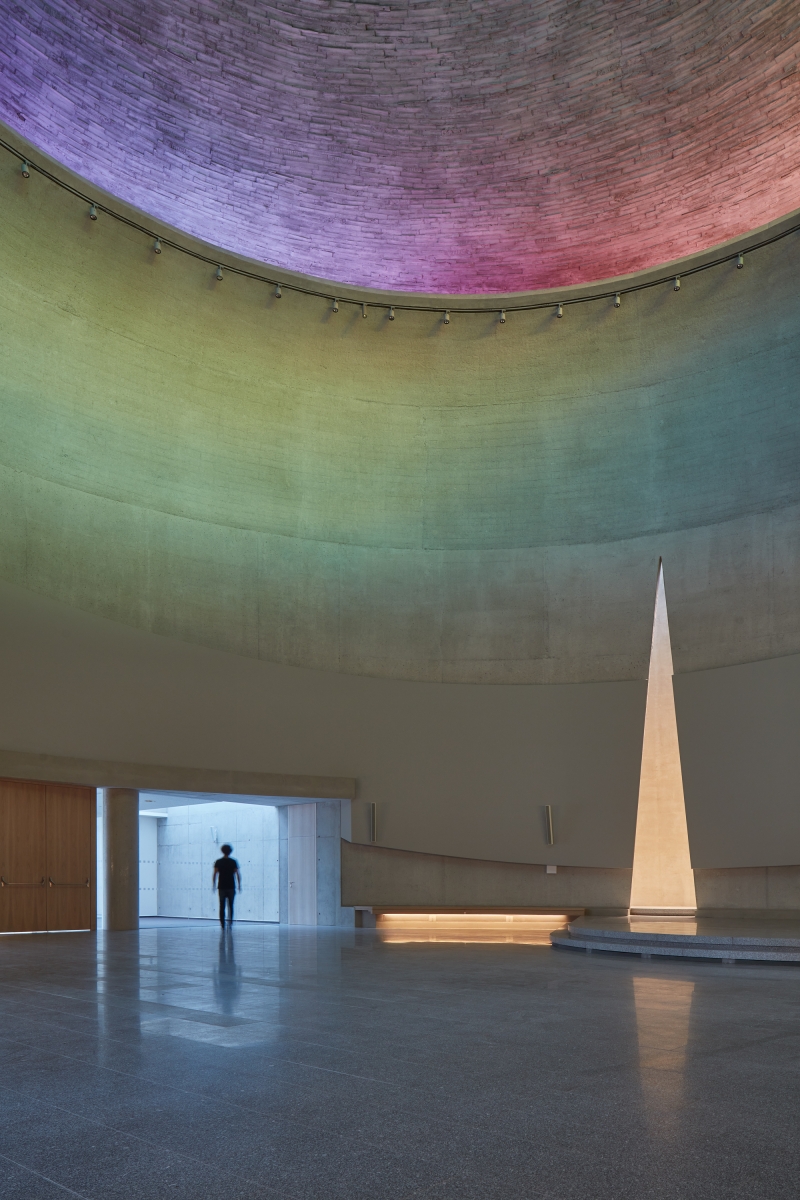 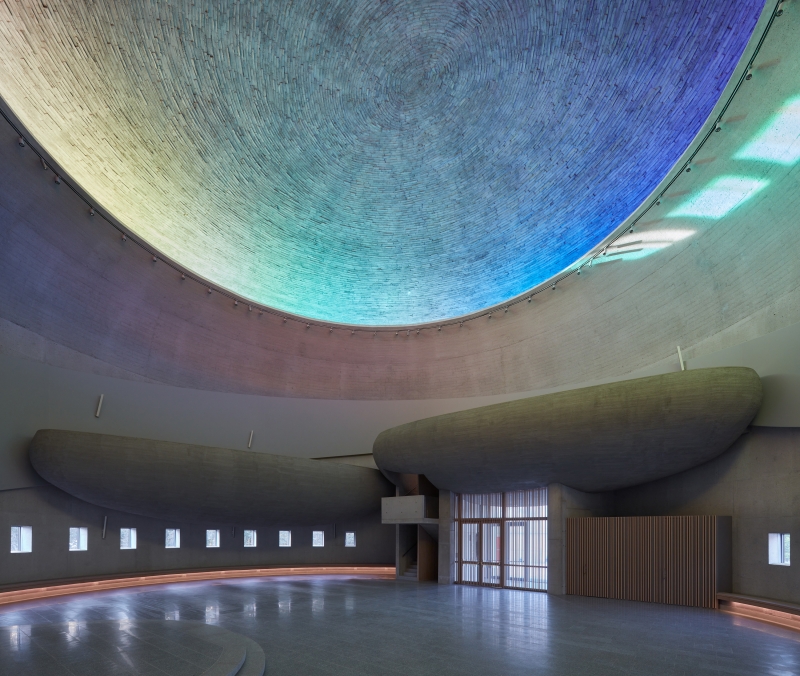 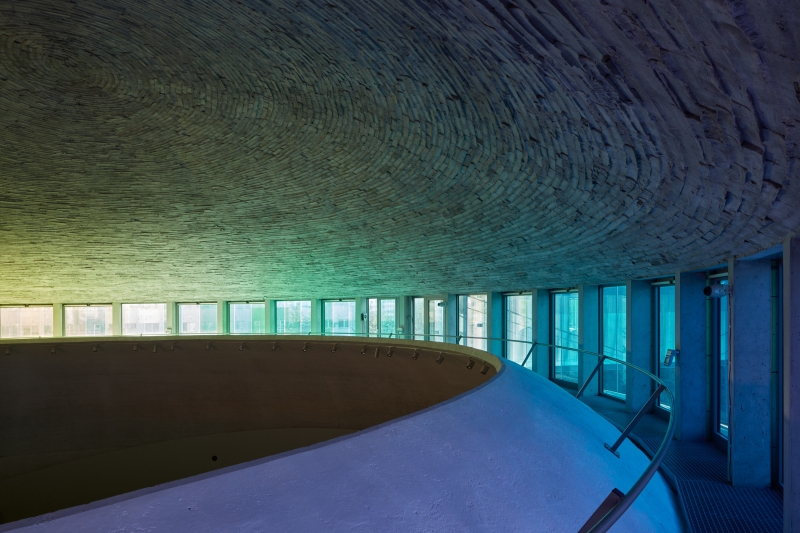 Interior of the church creates the inner universe, the space for communication with God, simple, focused, pure recollection. It evokes a safe feeling, serenity, undisturbed by the outside world, feeling like in the mother's womb. The soft and austere curves of the building create a dematerialized interior space further formed by light from the upper annular window encircling the church under the roof, depicting a rainbow as a symbol of God's people's covenant with the Lord. The asymmetrical dome is cast into plank landscapes, which resembles a fingerprint, God's finger symbolizing God's touch.